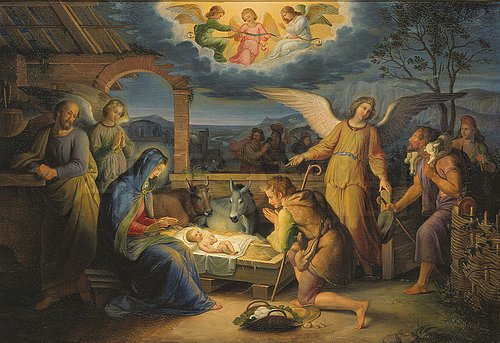 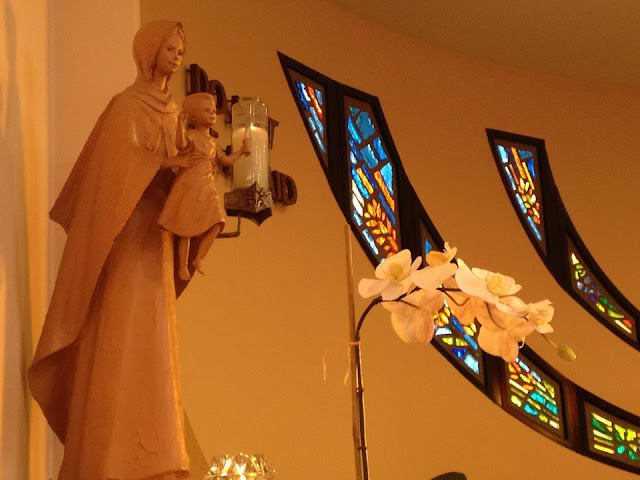 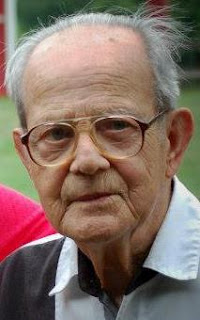 When I think back on the years I spent working in Western Pennsylvania politics, there are a handful of great personalities who stand out.  Julie Uram, who died Friday at the age of 87, is certainly among them.

Simply put, Julie was a dynamo.  Her obituary details the numerous charitable, religious and political organizations strengthened by her fundraising acumen and gift for building relationships.  To paraphrase Blessed John Henry Newman, Julie was "a link in the chain, a bond of connection between persons."

I became acquainted with Julie through the Washington County Republican Party, an organization dear to her.  I will long remember the wonderful holiday parties she hosted at her beautiful and unique home (and the gigantic live Christmas tree that dominated her high-ceiling living room).

Julie understood the importance of local politics.  She knew that meaningful support for a candidate begins in neighborhoods and among families and groups of friends.  (She was a seasoned practitioner of the phone tree.)

Julie's drive and dedication were an inspiration to me and many others.  Her leadership and presence will be missed.

From the prayers at the conclusion of the funeral Mass:

The photo above is from the Post-Gazette. 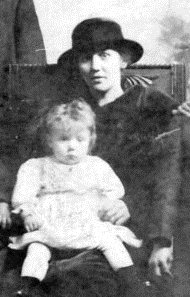 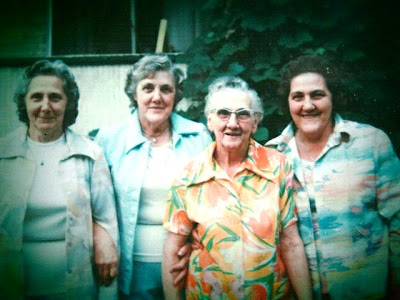 It's a beautiful spring Saturday afternoon here in New York City -- sunny and warm.  The day calls for a joyful "YouTube clip for a peaceful weekend."

So, below is "Fire is Low" by the South African band Freshly Ground.

Hat-tip: Mercy Daramola, an NYU graduate student who I had the pleasure of meeting Thursday afternoon at the Plaza Hotel during the NYU Alumni Association's annual awards luncheon.  Mercy posted this tune to her blog.
Posted by Paul Snatchko at 4:41 PM 1 comments

A belated "YouTube clip for a peaceful weekend" to mark the day:

It is Good Friday morning.

From the archives of the Brooklyn Museum of Art, here is a rendering by James Tissot (1836-1902) of "Good Friday Morning: Jesus in Prison" or "Le matin Vendredi Saint: Jésus en prison": 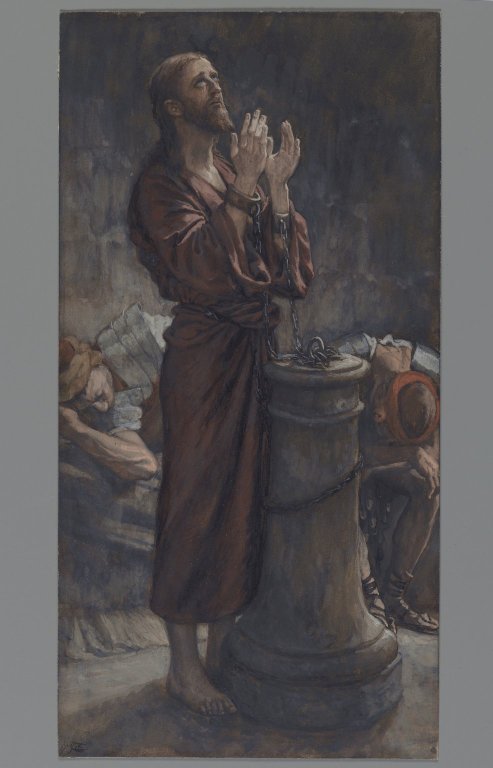 "In a subject that he characterizes as 'rarely, if ever, treated,' Tissot paints Jesus in prison — bound to a stone post, his hands chained but upraised in prayer. The artist notes the white light shining down, a further indication of the early hour on Good Friday. While Jesus prays, his guards, wearing armor, slump over in pre-dawn slumber."
Posted by Paul Snatchko at 8:53 AM 0 comments

Yesterday evening, I attended the 100th anniversary party for NYU Journalism at the institute's swanky new-ish digs at 20 Cooper Square.  It was great catching up with Professor Pamela Newkirk, who taught several of my journalism courses at NYU ('94 to '98).  I also was pleased to speak for a few minutes with Professor Jay Rosen whose engagement on Twitter I admire.

After the party, en route on foot to the A train entrance at West 8th Street, I spent a few minutes listening to this cellist playing underneath the Washington Square Arch: 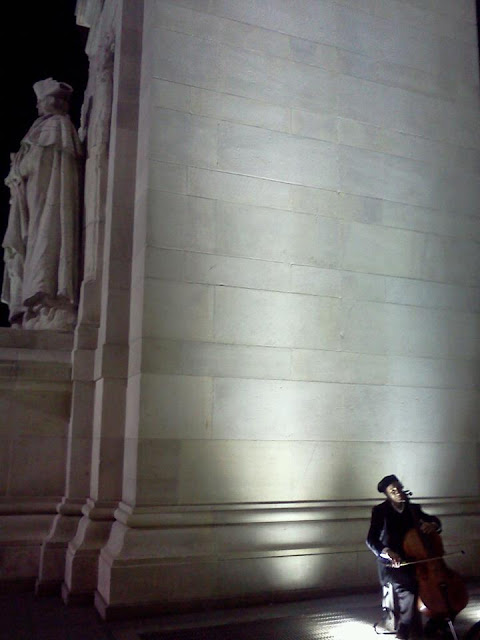 For Western Christians, tomorrow is Palm Sunday, the first day of Holy Week.

At the beginning of Mass, the suggested antiphon echoes the words of the crowds in the Gospel of Matthew 21: 9:

"Hosanna to the Son of David;
blessed is he who comes
in the name of the Lord,
the King of Israel.
Hosanna in the highest"

The Englishman Orlando Gibbons (1583-1625) was one of multiple composers through the centuries to put this verse to music.  For this week's "YouTube clip for a peaceful weekend," here is Chanticleer with that beautiful setting.

This week, I've listened several times to Morten Lauridsen's composition "Dirait-On" from his cycle "Les Chansons Des Roses" ("Songs of Roses"). The French lyrics are from a poem by Rainer Maria Rilke (1875-1926).

At his website, Lauridsen states that "Dirait-On," "is composed as a tuneful chanson populaire, or folksong, that weaves together two melodic ideas first heard in fragmentary form in preceding movements."

For this week's "YouTube clip for a peaceful weekend," here is this beautiful, enchanting piece.

From here, a non-literal English translation of the lyrics:

"Abandon enveloping abandon,
Tenderness brushing tendernesses,
Who you are sustains you
eternally, so they say;

"Your very being is nourished
by its own enlightened reflection;
so you compose the theme
of Narcissus redeemed."
Posted by Paul Snatchko at 1:09 AM 0 comments

The great singer Etta James died yesterday at the age of 73.

Etta's wonderful voice has been featured in this space before.  One Sunday night in March, 2010, shortly before I met the steady, I posted her rendition of the beautiful song of longing "A Sunday Kind of Love."

For this week's "YouTube clip for a peaceful weekend," here again is Etta with her take on the 1930s tune "These Foolish Things (Remind Me of You)."

May it be a year filled with peace and joy the world over.

Posted by Paul Snatchko at 9:50 AM 0 comments