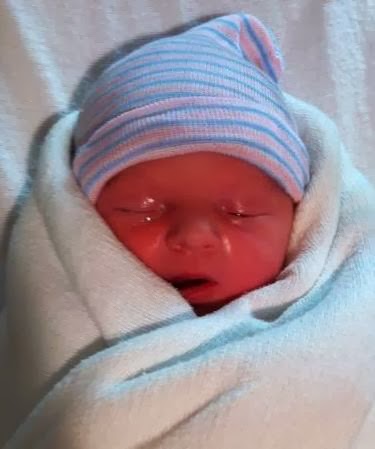 Earlier today, my friends John and Allison Welch welcomed their third daughter into the world.  Emma Claire (pictured at right) weighed in at six pounds, 10 ounces.

She is a new sister for Molly and Nora.

Welcome to the party, little Emma!  I know the Holy Spirit will be your guide.

Emma is the second of four babies to be born to friends this year.  I have been remiss in noting the January 22 birth of Catherine Bridget Woods Dionisio ("Bridie"), the daughter of our church pals Nik and Katie.  In the late spring, my college buddy Alicia and her husband Mario are expecting their firstborn. My old friend Kelvin and his wife Courtney are expecting their second child this year, too.

Thanks heavens for this bumper crop!  Cue Maurice Chevalier:

On Monday afternoon, I attended the funeral Mass of Bill Penna.  Bill died February 12 at the age of 54 following a battle with cancer.  He was a member of a political organization in which I am active.  The Mass was beautifully celebrated at St. Catherine of Siena Church on New York City's Upper East Side by Fr. Jordon Kelly, O.P. (who I know from my old gig).

Bill's funeral began with a talented schola singing the Introit and Kyrie from the Requiem Mass composed by Maurice Duruflé.  Circa 1994 - 1995, I sang this powerful piece as a member of the NYU Choral Arts Society.  It's one you never forget.  I later asked Fr. Jordan if there is an ensemble of singers at every funeral at St. Catherine's.  "No," he replied, the schola and classical selections had been requested by Bill prior to his death.

On Tuesday morning, at St. Columbkille Church in the village of Imperial in Western Pennsylvania, a funeral Mass was celebrated for Helen Kramer.  Helen, who died February 13 at the age of 86, was the mother of my Aunt Kay and grandmother of my cousins Amy, Luke, Sara, Mary Ellen and Ben.  I was sorry I was not able to be present to help celebrate the long life of this wonderful woman who was so dedicated to her family and community.

In memory of Bill and Helen, below is the Duruflé Reqieum for this week's "YouTube clip for a peaceful weekend."  We pray that they are now in God's loving embrace. 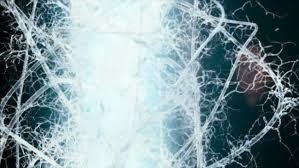 A good point from Ta-Nehisi Coates:

" ... I think of dying at 17, in my loudness, in my vanity, which is to say in my human youth, and I tremble. I was barely anything. I understood barely anything. When Michael Dunn killed Jordan Davis, he obliterated a time-stream, devastated an open range of changes. And somewhere on that American jury, someone thought this was justice, someone believed in the voodoo of shotguns and teleportation. Michael Dunn killed a boy, and too robbed a man of his chance to be. ... "

The photo above is from here.
Posted by Paul Snatchko at 11:57 PM 0 comments

Napolean of the Stump

Americans today observe "Washington's Birthday" or, colloquially, "Presidents Day."  It's a day to honor the men who have served as our nation's chief executive.

To my mind, a good tune to mark this holiday is one by the band They Might Be Giants about our efficient 11th president, James K. Polk.  Check it out:

Hat-tip: Waldie, who put this on a mixed-tape for me way back when.
Posted by Paul Snatchko at 12:15 PM 0 comments

For this week's St. Valentine's Day edition of the "YouTube clip for a peaceful weekend," I thought I would return to the smooth sound of that young Irish trio of Glenn Murphy, Ronan Scolard and Óisín O'Callaghan. Here they are with a beautifully slow take on The Proclaimers' tune "I'm Gonna Be (500 Miles)."

To my husband on our first married St. Valentine's Day: 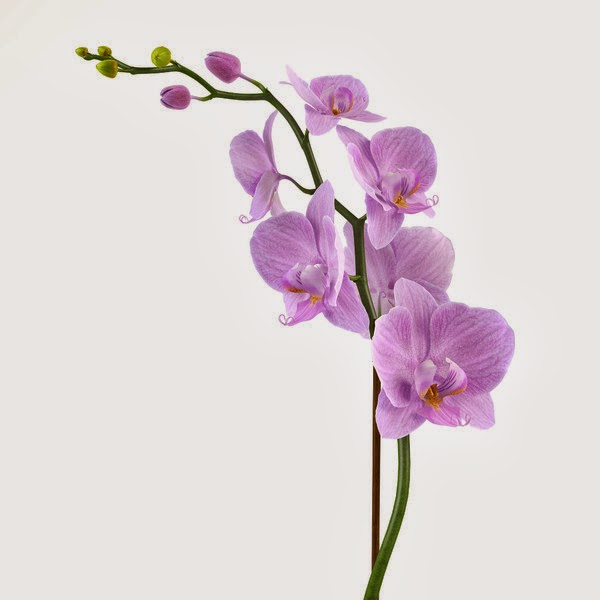 Humorous and spot-on, this column by Frank Bruni is one of the best commentaries that I've read on Michael Sam's news.

" ... When did the locker room become such a delicate ecosystem? Is it inhabited by athletes or orchids? ... "

Shirley Temple, one of the greatest child stars in the history of American cinema, died yesterday at the age of 85.  Her precocious portrayals brought joy to moviegoers during the Great Depression and the World War II years.  Later in life, she became involved in politics and served as a U.S. diplomat.

I remember watching Shirley Temple's movies with my maternal grandmother when they were shown on weekend morning television in the 1980s.  (I have grandma to thank for my knowledge of old movies.)

One of Shirley Temple's most memorable movies was 1935's "Curly Top."  Here from that classic is her performance of  "Animal Crackers in My Soup":

" ... In every bowl of soup I see
lions and tigers watching me
I make 'em jump right through a hoop
those animal crackers in my soup ... "
Posted by Paul Snatchko at 3:38 PM 0 comments

These last words from Isaiah 58 in yesterday's first reading at Mass stood out for me:

" ... if you bestow your bread on the hungry
and satisfy the afflicted;
then light shall rise for you in the darkness,
and the gloom shall become for you like midday."

Giving can be a gloom-buster.  Something to remember.

February is my least favorite month -- for reasons obvious to any inhabitant of the American northeast.

But, I love the voice of Dar Williams.  And she has a lovely tune named after this godforsaken month.  Here it is below for this week's "YouTube clip for a peaceful weekend."

Lives Within My Heart

As someone who still has "newlywed glow" in ample supply, I hesitate to post a melancholy tune about lost love.  But, I'm eager to share another offering from the young Irish trio of Glenn Murphy, Oisin O'Callaghan and Ronan Scolard.  Their slow style is enchanting.

So, for this week's "YouTube clip for a peaceful weekend," here are Murphy, O'Callaghan and Scolard with Randy Newman's "When Somebody Loved Me" that was first heard in the movie "Toy Story 2."