In Front of St. Paul's 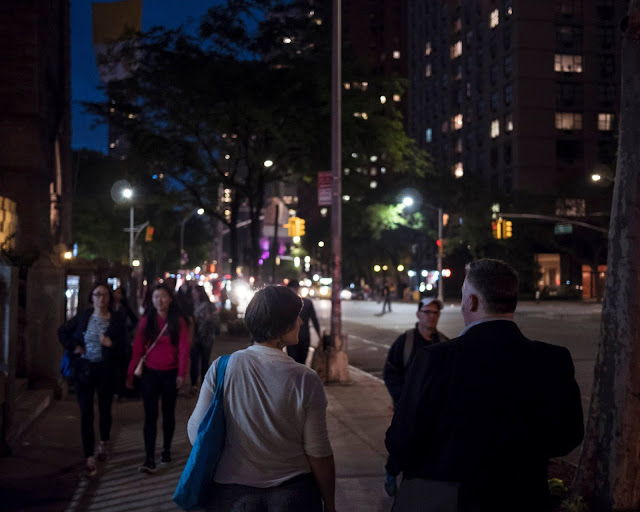 From the lens of Ryan Haggerty:

Thursday evening, May 17, 2018: Walking north on Columbus Avenue just south of 60th Street, in front of the Church of St. Paul the Apostle, mother church of the Paulist Fathers.  At center is the amazing Jennifer Szweda Jordan.  Yours truly (with white temples) is at right.

Jennifer and Ryan were in the Big Apple to cover the Paulist Fathers' Ordination Mass and interview some of the padres for whom I am blessed to work.
Posted by Paul Snatchko at 4:02 PM 0 comments 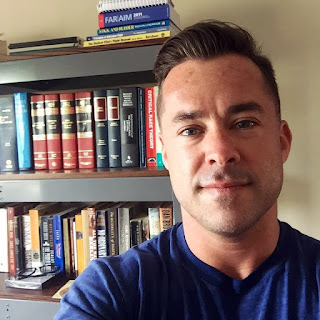 Tonight, Eric and I watched some of NBC's coverage of the Winter Olympics in Korea.

During the figure skating team event, I was intrigued by the quiet Coldplay song to which Adam Rippon skated: "O" / "Fly On."

Or, has it just never made an impression on me before?

Whichever, it's lovely and peaceful.

In this video, we hear a selection of folk tunes assembled by Béla Bartók that were presented during an installment of Noontime Concerts in November, 2017, at Old St. Mary's Cathedral in San Francisco.

Cue Laura Griffiths on oboe and Miles Graber at the piano:

A beautiful reflection from Mayim Bialik: